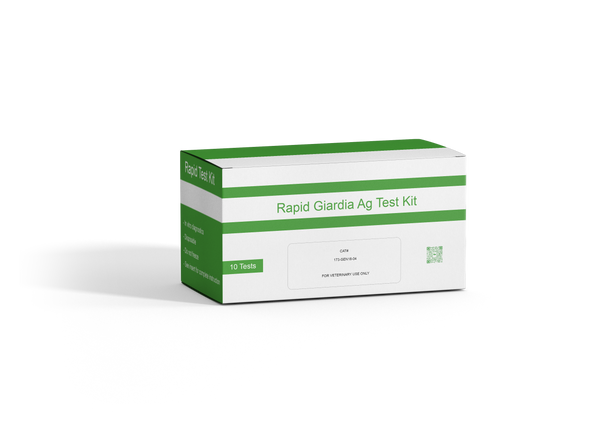 Anigen Rapid Giardia Ag Test Kit is a chromatographic immunoassay for the qualitative detection of giardia antigen in canine or feline feces.
Anigen Rapid Giardia Ag Test Kit shows two letters which are test(T) line and control(C) line on the surface of device. The control line is a reference line which provides the test is performing properly. The control line has to be appeared at all times after the test has performed. If the giardia antigens exist in sample, a purple test line would appear in the result window.
The highly selective antibodies to giardia are used as a capture and detector in the assay. These antibodies are capable of detecting giardia antigens in canine or feline feces with high accuracy.

MSRP:
Now: AUD144.00
Was:
Anigen Rapid Rota Ag Test Kit is a solid phase chromatographic immunoassay for the qualitative detection of Rotavirus group A antigen in porcine, bovine, or canine faeces. Rotavirus is the most...