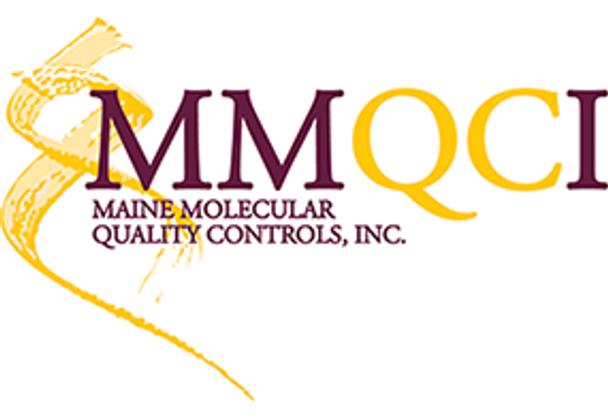 The INTROL BCR-ABL1 p190 Control Panel is intended for use as reference material to monitor the in vitro quantitative detection of the p190 BCR-ABL1 translocation mRNA transcript and the ABL1 endogenous control mRNA transcript when analyzed using the Xpert® BCR-ABL Ultra p190 assay on Cepheid GeneXpert® Instrument Systems.

The Philadelphia chromosome, a translocation between the ABL1 gene on chromosome 9 and the BCR gene on chromosome 22, designated as t(9;22), generates the fusion gene BCR-ABL1 which is present in most chronic myelogenous leukemia (CML) patients and “Philadelphia positive” acute lymphoblastic leukemia of B-cell linage (Ph+ALL)1. Depending on the translocation breakpoint in BCR, different BCR-ABL protein isoforms are expressed, which all contain exons 2-11 of the ABL1 gene, but differ in the length of their BCR component. The most common BCR-ABL isoforms are the major p210 and minor p190 translocations, corresponding to a 210kD protein and a 190kD protein, respectively2. The major p210 BCR- ABL1 translocation is the hallmark of CML, whereas the minor p190 BCR-ABL1 occurs in the majority of B-cell acute lymphoblastic leukemia patients3. Quantitative monitoring of BCR-ABL1 transcripts in patient blood is an important tool for measuring response to therapy.

Routine use of reference materials that are consistent lot to lot assists the laboratory in identifying shifts, trends, and increased frequency of random errors caused by variations in the test system.

INTROL BCR-ABL1 p190 Control Panel should be stored at -25oC to -15oC. Unopened material is stable through the expiration date printed on the kit label when consistently stored frozen. INTROL BCR-ABL1 p190 controls are for single use. Discard after use according to your local and federal regulations.

Table 1 lists an example of the results when the INTROL BCR-ABL1 p190 controls are analyzed by the Xpert BCR-ABL Ultra p190 assay on the Cepheid GeneXpert Instrument. The laboratory should follow Good Laboratory Practice (GLP) and establish its own preformance characterics and ranges for each INTROL BCR-ABL1 p190 level.

Table 1: Example of Results for INTROL BCR-ABL1 p190 Controls when Tested on a GeneXpert Instrument System.

MSRP:
Now: £55.04
Was:
SD BIOLINE INFLUENZA AG TEST FOR FLU TYPE A AND B SD BIOLINE Influenza Ag test detects Influenza virus type A & B respectively. Also, it detects all kinds of influenza antigen subtypes including...

MSRP:
Now: £187.48
Was:
NATtrol™ Norovirus External Run Controls (NATNOVI6MC, NATNOVII-6MC, NATNOV-6MC and NATROTA-6MC)* are formulated with purified, intact virus particles that have been chemically modified to...

MSRP:
Now: £172.00 - £258.00
Was:
The Alere BinaxNOW® Influenza A and B Test Card is an in vitro immunochromatographic test for the qualitative detection of nucleoprotein antigens of influenza type A and B in nasopharyngeal (PR)...

MSRP:
Now: £17.20
Was:
At 5 Eur, we provide only the buffer solution without card tests and swabs. The shipment is not for free. You can also order at the same price the buffer with a complete kit shipped for free. Click...

ONE STEP HEPATITIS A VIRUS ANTIBODY TEST SD BIOLINE HAV IgM rapid test is a solid phase immunochromatographic assay for the rapid, qualitative and differential detection of IgM antibodies to HAV in...

MSRP:
Now: £291.54 - £345.72
Was:
NATtrol™ Zika Virus External Run Controls (NATZIKV(PRV)-ERCL and NATZIKV(PRV)-ERCM)* are formulated with purified, intact virus particles that have been chemically modified to render them...

MSRP:
Now: £199.52
Was:
NATtrol™ Influenza/RSV Negative Control (MDZ045) is an in vitro diagnostic external run control intended for use in evaluating and monitoring of qualitative molecular diagnostic assays for the...