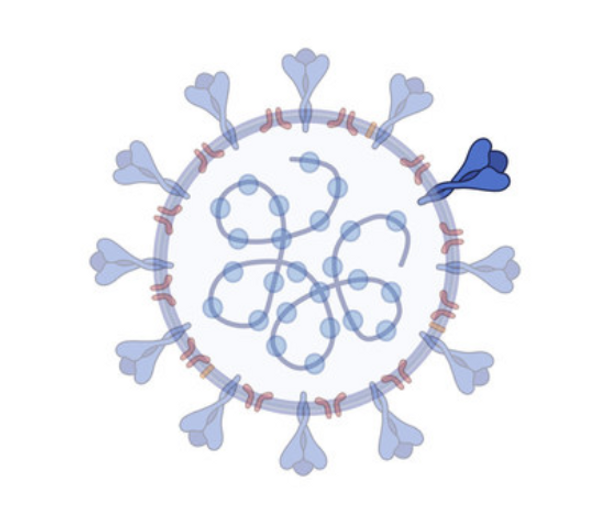 A new emerging variant of SARS-CoV-2, named CAL.20C or lineage B.1.429, was recently reported in California (US). Identified by researchers at Cedars-Sinai Medical Center in July 2020, the variant was initially reported as rare only to resurface later that year (October). The most recent reports indicate CAL.20C is swiftly replacing the former lineage 20G – the dominant variant of the region until then.
Unpublished data suggest this variant may account for almost half of the virus genome samples collected in the Los Angeles region alone throughout January 2021. Moreover, scientists suspect this lineage to be responsible for a resurgence of cases. The new strain is characterized by multiple mutations on the spike protein. Although the impact of these mutations on human-to-human transmissibility and disease severity is yet unknown, experts have urged international authorities to keep a close track of its spread.
CAL.20C is characterized by the presence of five non-synonymous amino acid changes: one observed within the receptor-binding domain (RBD) – L452R; two other mutations detected outside the RBD – S13I and W152; and the remaining mutations in ORF1ab (I4205V and B1183Y). So far, the strain has only shown a sustained spread in California (primarily in Southern California), with only a few genomes reported in Australia, New Zealand, and the UK.
Mutation L452R in the RBD is particularly worrisome due to being located in a key amino acid residue. Although it was still not proved this mutation has an impact in affinity to the human ACE2, it has already been shown that it makes the virus more resistant to some neutralizing monoclonal antibodies. Thus, it is highly likely that the L452R amino acid change enhances SARS-CoV-2’s ability to evade the human immune response. At the moment, the impact of this mutation on vaccine efficacy is currently being investigated.

MSRP:
Now: €280.00 - €480.00
Was:
SARS-CoV-2 is an enveloped positive-sense single-stranded RNA virus from the Coronavirus family. First identified in the Wuhan province (China) in December 2019 as the etiological agent of the...

MSRP:
Now: €280.00 - €480.00
Was:
SARS-CoV-2 is an enveloped positive-sense single-stranded RNA virus from the Coronavirus family. First identified in the Wuhan province (China) in December 2019 as the etiological agent of the...

MSRP:
Now: €710.00 - €3,240.00
Was:
One-step real-time qPCR kit for detection of SARS-CoV-2 virus and identification of its British, South African and Brazilian variants in one reaction. The kit is based on one-step RT-qPCR using...

MSRP:
Now: €140.00 - €240.00
Was:
TEST FOR FLU TYPE A AND B SD BIOLINE Influenza Ag test detects Influenza virus type A & B respectively. Also, it detects all kinds of influenza antigen subtypes including novel influenza A(H1N1)...

MSRP:
Now: €343.00
Was:
Zika Virus (ZIKV) was first discovered from a Rhesus Monkey in the Zika forest of Uganda in 1947. More recently, there have been outbreaks in Southeast Asia, the Pacific Islands and the Americas...

MSRP:
Now: €197.00 - €549.00
Was:
Description FastAmp® Plant Tissue & Seed Genotyping Kit is suitable for amplification of DNA directly from plant samples without purifying DNA. This kit is based on specially...

MSRP:
Now: €197.00 - €549.00
Was:
Description Intact Genomics FastAmp® Plant Direct PCR kit is an easy and robust method to amplify DNA fragments from plant tissues with high specificity and high sensitivity without the need...

MSRP:
Now: €150.00 - €250.00
Was:
The Alere BinaxNOW® Influenza A and B Test Card is an in vitro immunochromatographic test for the qualitative detection of nucleoprotein antigens of influenza type A and B in nasopharyngeal (PR)...

MSRP:
Now: €250.00
Was:
ONE STEP HEPATITIS A VIRUS ANTIBODY TEST SD BIOLINE HAV IgM rapid test is a solid phase immunochromatographic assay for the rapid, qualitative and differential detection of IgM antibodies to HAV in...

MSRP:
Now: €1,107.00
Was:
NATtrol™ Zika Virus Stock (NATZIKV(PRV)-ST)* is formulated with purified, intact virus particles that have been chemically modified to render them non-infectious and refrigerator stable. Each...