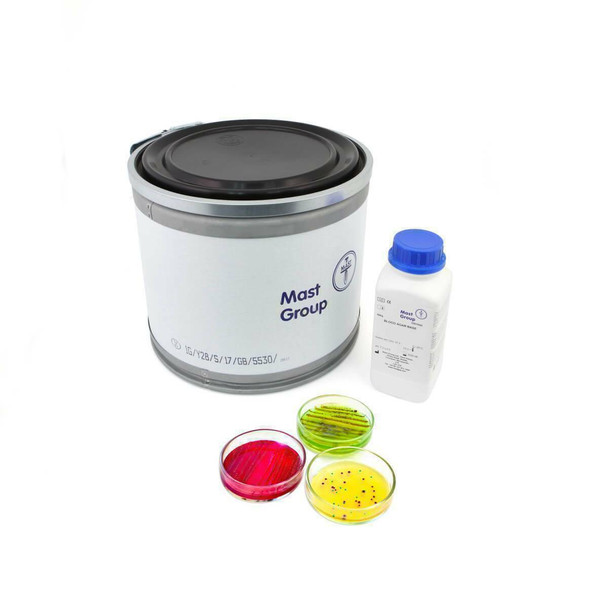 Request pricing by email to info@gentaur.com

For the detection of urease producing organisms.

Various media for detecting urease production have been described, some of the earliest being strongly buffered urea broths.1,2 Later, Christensen3 devised a urea agar medium which included peptone and dextrose, with a reduced buffer content. This medium supported a more luxuriant growth of many enteric bacteria and allowed a more reliable detection of urease. Cook4 confirmed the superiority of Christensen's medium over highly buffered media and showed its value in the routine investigation of nonlactose fermenting organisms isolated from faeces. MAST Urea Agar Base follows the Christensen formulation and enables detection of proteus in 3-5 hours. Urease production has now been detected in strains of Proteus, Klebsiella, Citrobacter, Yersinia, Serratia, and Enterobacter. Reports of urease production in E.coli have been rare, but Lesher and Jones (1978)5 isolated 24 lactose fermenting urease positive strains of haemolytic E.coli from a variety of clinical materials. So far, however, there appear to have been no reports of urease production in salmonellae or shigellae, and the value of the urease test still remains. 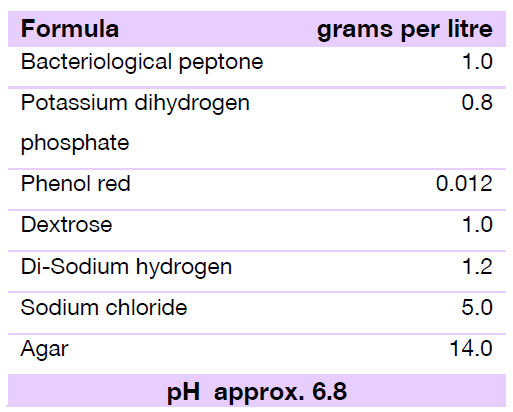 Heavily inoculate the surface of the Urea Agar slope and incubate for 3-5 hours at 37°C. Urease producing organisms produce a red colour in the medium due to the liberation of ammonia, and such bacteria should be regarded as not belonging to the Salmonella or Shigella groups.

MSRP:
Now: £427.00
Was:
Urea Colorimetric Assay | TBS2201 Urea (carbamide, carbonyl diamide) is a predominant final metabolite of nitrogenous compounds in mammals, accounting for 80-90% of nitrogen excretion in humans and...
TBS2201

Urea Broth Base (Christensen) | NCM0177 Intended UseUrea Broth Base is for the detection of urease production, and is not intended for use in the diagnosis ofdisease or other conditions in humans...
NCM0177